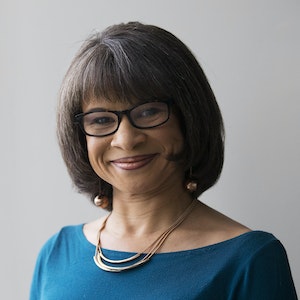 Angela King is an Emmy-award winning journalist who’s been a part of the northwest news scene since the early 1990s. A proud University of Washington alumna, with degrees in Broadcast Journalism and American Ethnic Studies, she started her career as a news writer in Seattle, before becoming a reporter and anchor in Seattle, Portland and Albuquerque.

Angela's work has been honored by such groups as the Society of Professional Journalists, and the National Academy of Television Arts and Sciences. In 2009, U.W.'s ViewpointMagazine also named her as one of the “Top 40 to Watch.” "I wouldn't be where I am today if it weren't for the University of Washington," says Angela. "That's why it's so nice to come back home, where it all started."

In addition to her work as a journalist, Angela is an independent documentary producer and has contributed her talents to a variety of local organizations.

To see more of Angela's past KUOW work, visit our archive site.